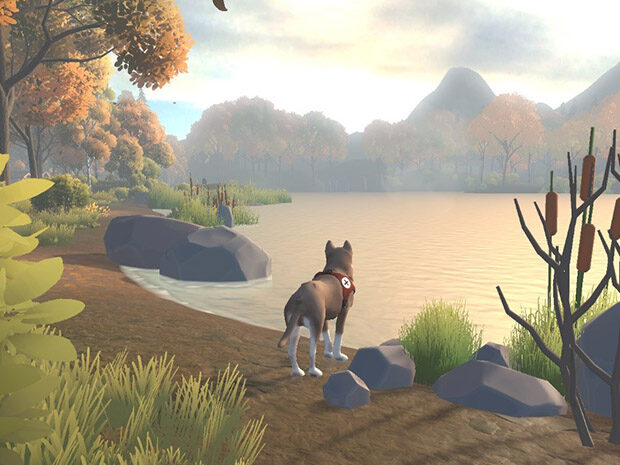 Games and films trigger different types of emotions. Typical emotions evoked by gaming are consumer-centric and revolve around one’s own success or failure while typical emotions evoked by passive narrative experiences revolve around empathy. Both emotional responses are valuable for the consumer but are very specific to the respective format. While it is scientifically proven that the feeling of being moved is stimulating reflective thoughts and can have social impact, this kind of emotion is rarely evoked by games. However, some games-researchers and -designers as Katherine Isbister mention the feeling of guilt as a very specific game-related emotion which may have a similar effect to those mentioned above.

The Game Design of Kellerwald is a practical approach to the question on how to design games that can simultaneously trigger empathic emotions and a sense of responsibility. The core idea of the game is to put the consumer in a role which comes closest to the one of a film-consumer, namely that of a spectator. The player slips into the role of a rescue dog who gets lost in a closed campsite without knowing what he is looking for. His man-trailing skills will sooner or later lead him to a little girl and a teenage boy in a lonely campervan, and he will be confronted with the question of whether and how to help those kids.

A prototype of Kellerwald was developed with financial support from HessenFilm und Medien GmbH and will be used to further evaluate and develop the unique approaches to player-character -design and -agency. Further it shall serve as a basis for research on the effect of feeling moved and responsible at the same time.

Prof. Carla Heinzel talks how to design games that can trigger empathy and responsibility